Many years ago on a range far, far away it all started. About 33 years ago there was a group of campers on a range, some from QLD some from NSW living in various portable housing caravans, tents, utes, maybe a campervan or two.

It was June and it was cold so as always there was a fire, a big fire. Alas as the night went on the rum started to run out and the wood for the fire was gone. On a heap of rubbish was a piece of a concrete lintel so people (who had consumed a lot of rum) decided to throw the piece of concrete onto the fire. That didn’t increase the heat of the fire at all, so off to bed we all toddled.

The next day a couple of NSW ladies who having being part of the banter the night before decided to show the Queenslanders a thing or two, so they loaded the block into a car, covering it with jackets etc. and home to Murrumba went the block.

Once the ruse was discovered there were various discussions of where the block should be put! 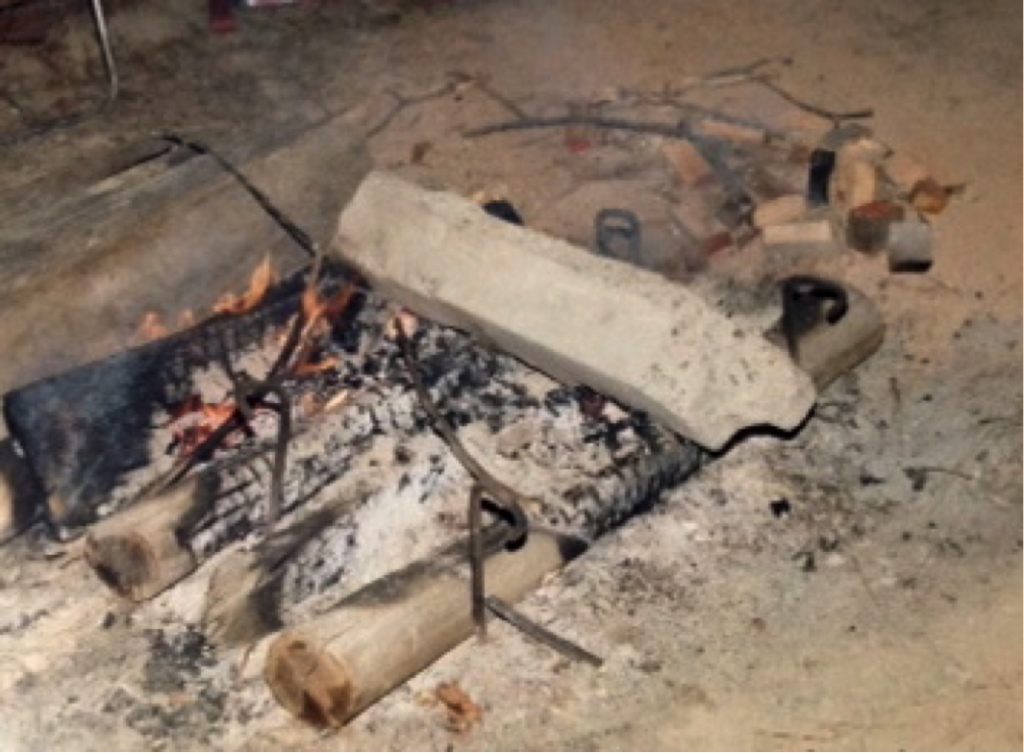 Fast forward a couple of years and the members of Murrumba pistol club arrived at the Lismore open in 1985 with the block in tow, and a brass plaque to go on the wall . At the presentations after shooting the block was placed in a hole in the garden.

A member of Lismore then fashioned a trophy from a piece of cedar and concrete core, and the competition for that trophy cemented (pardon the pun) the friendship between the Murrumba and Lismore clubs. 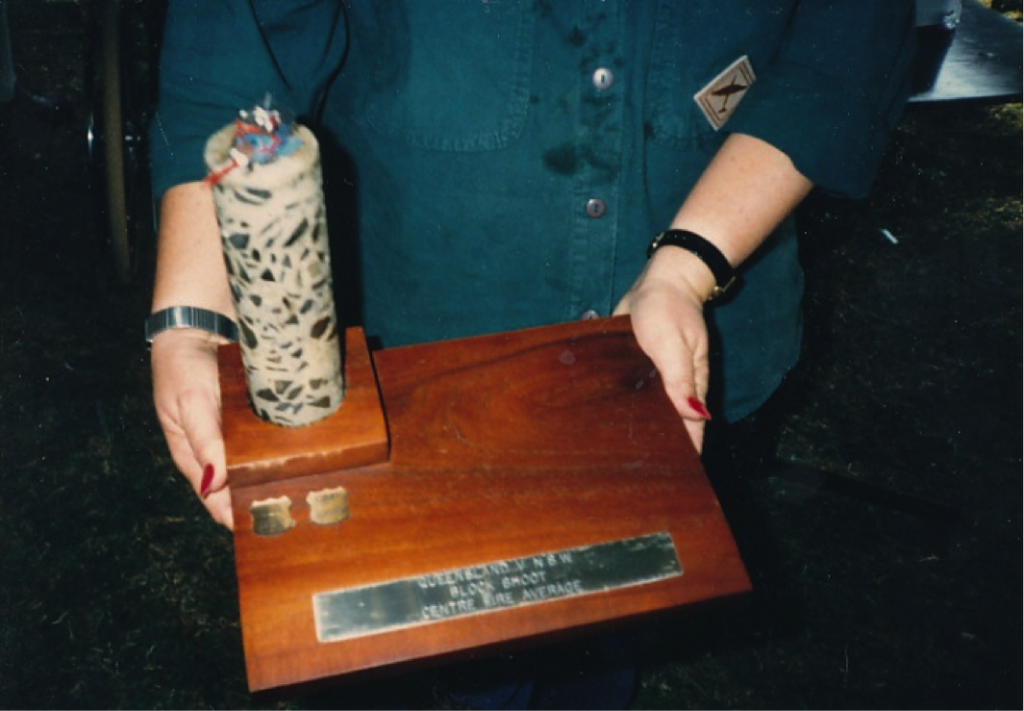 The first block shoot was 30 years ago this year, and unfortunately in those 30 years its mainly resided in Qld. but this year it was different 75 big Queenslanders versus 16 poor little NSW shooters in a David and Goliath battle of averages on centre fire, sports and junior sport but… the underdog won!

So for the present the trophy now complete with a maroon cane toad and a blue cockroach now sits in the Lismore clubhouse.

The banter of QLD versus NSW has been taken up by all who participate and is as strong in 2016 as it was in 1986.

Unfortunately a number of the original people are either no longer pistol shooters or are no longer with us but their spirit of friendship lives on. 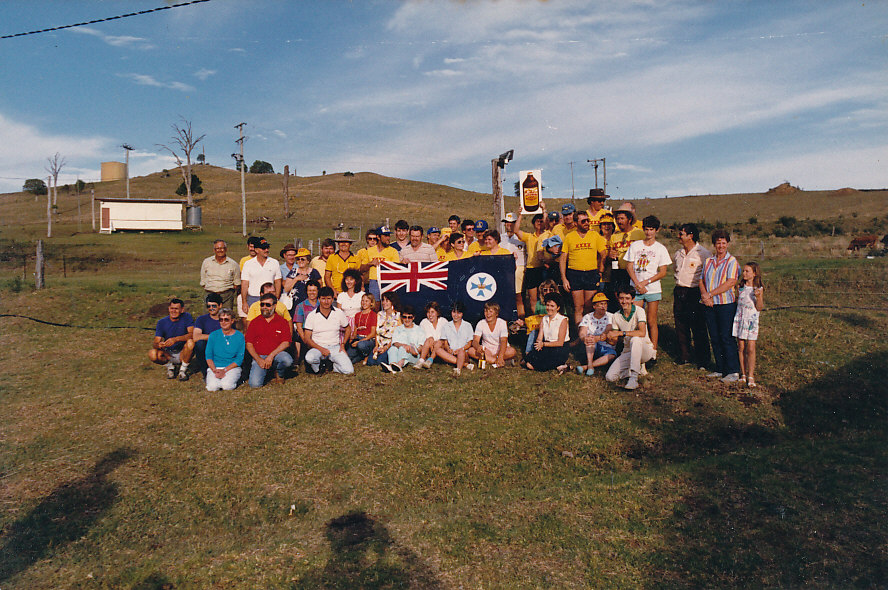 A group of enthusiastic Queenslanders